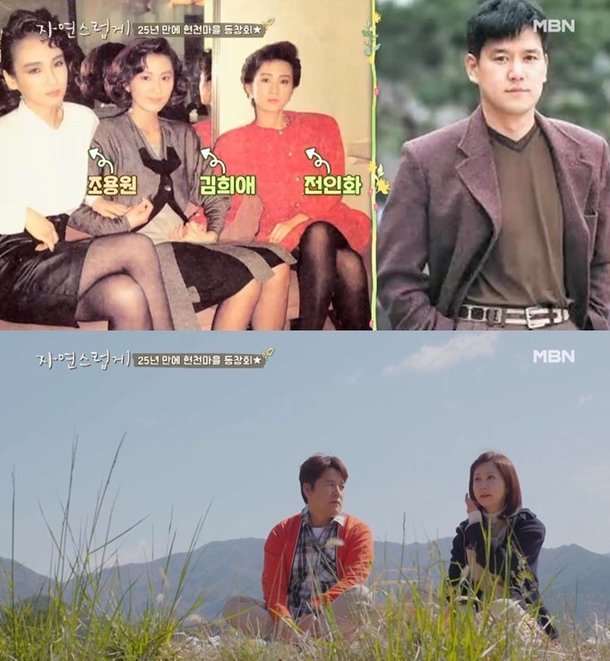 A recent rebroadcast of the MBN variety show 'Naturally' picked up unexpected interest when the content of the program inadvertently revealed an old photo of Kim Hee-ae during her college years. In the episode, Jeon In-hwa and Byun Woo-min discuss their university lives in the nineties at Chung-ang University.

Old photographs of Kim Hee-ae are fairly rare. While she was active in the nineties, dramas and films which predate the Korean Wave tend not to be as well-documented as those that came afterwards. The hairstyles of the starlets are also noteworthy examples of eighties style fashion as it existed at the time, rather than through current nostalgia. Kim Hee-ae is currently appearing in "The World of the Married" while Jeon In-hwa is set to appear in "Homemade Love Story" later this year.