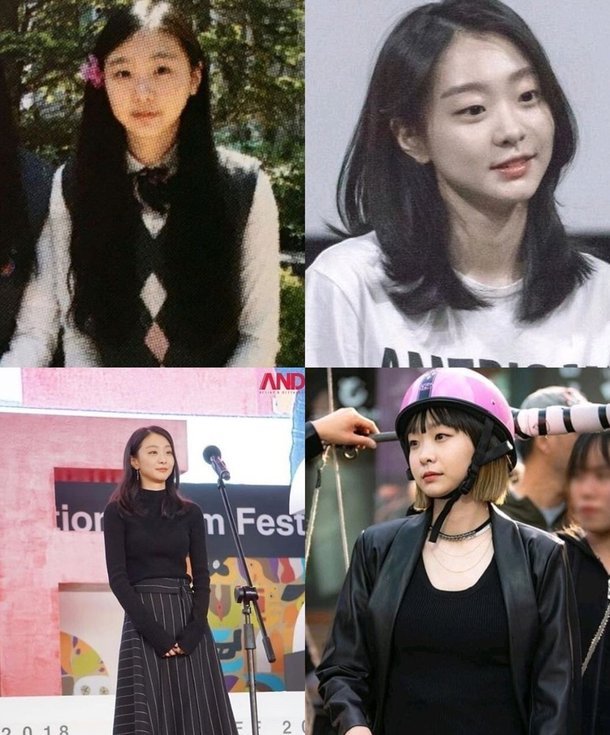 With the successful conclusion of "Itaewon Class" attention has focused on Kim Da-mi as a hot new star. However, the actress's career has been quite recent, as has been demonstrated with a popular collage of the actress that has been circulating around the South Korean internet.

The collage starts with a picture of Kim Da-mi in high school - a surprising departure from her more well-known media appearances, even though she plays a high school student in "The Witch : Part 1. The Subversion". The second photo depicts Kim Da-mi as a fitting model, which was her entry into the entertainment industry at large, and mostly matches her current better known appearances.

The last two pictures depict Kim Da-mi doing promotional work for "The Witch : Part 1. The Subversion" and her look from "Itaewon Class". In all cases the extent to which makeup changes Kim Da-mi's appearance is noteworthy, though she still retains her distinctive personal charm in each photo. Kim Da-mi now has two announced projects to focus on with the completion of "Itaewon Class". These are "Soulmate" and "The Witch : Part 2".