[HanCinema's News] "Once Again" Has Happy Ending and High Ratings 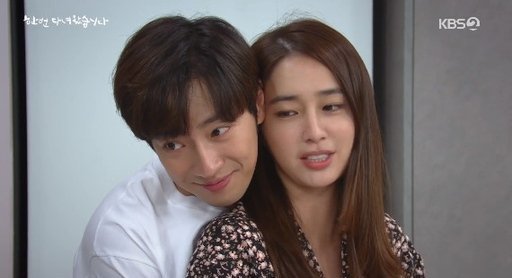 "Once Again" completed a successful run on September 13th, airing its final, one hundreth episode to ratings of 34.8%. As expected for a weekend family drama, there were happy endings all around. One couple got married, and another started a family.

"Once Again" aired its first episode in March with ratings of 23.1%. The drama has been a noteworthy boost for Lee Min-jung, who has struggled with her more recent dramas in addition to being overshadowed by her husband, Lee Byung-hun. But "Once Again" has also been great for the visibility of the rest of the ensemble, including Lee Sang-yeob as her ex-husband, as well as Lee Cho-hee and Lee Sang-yi-I, who played her younger sister and his younger brother.

"Once Again" also benefited from unusual visibility for a weekend drama. Few dramas in the more serious late night timeslots attracted serious buzz while "Once Again: was still airing. "Once Again" will be followed in its timeslot by "Homemade Love Story" next weekend.

"[HanCinema's News] "Once Again" Has Happy Ending and High Ratings"
by HanCinema is licensed under a Creative Commons Attribution-Share Alike 3.0 Unported License.