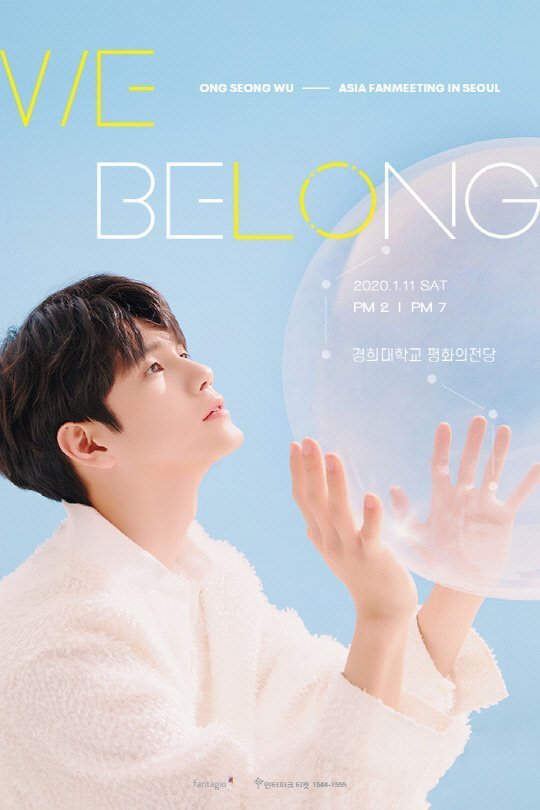 Actor Ong Seong-wu has announced his first fan meeting. The theme of the meeting is entitled 'We Belong' or WELO for short. It will take place next year on January 11th at Kyunghee University.

From there, the fan meeting will go on tour to Thailand on January 18th, Taiwan on February 15th, and the Phillipines on February 25th.

While Ong Seong-wu is a reasonably popular singer, it was his recent appearance in the leading role of the drama "A Moment at Eighteen" that boosted his popularity to the point that there was sufficient demand for a fan meeting. Ong Seong-wu's official fan club will have access to advance reservations starting on December 9th, and general reservations will be available starting on December 12th.