[HanCinema's News] Online Press Conference Held for "She Knows Everything" 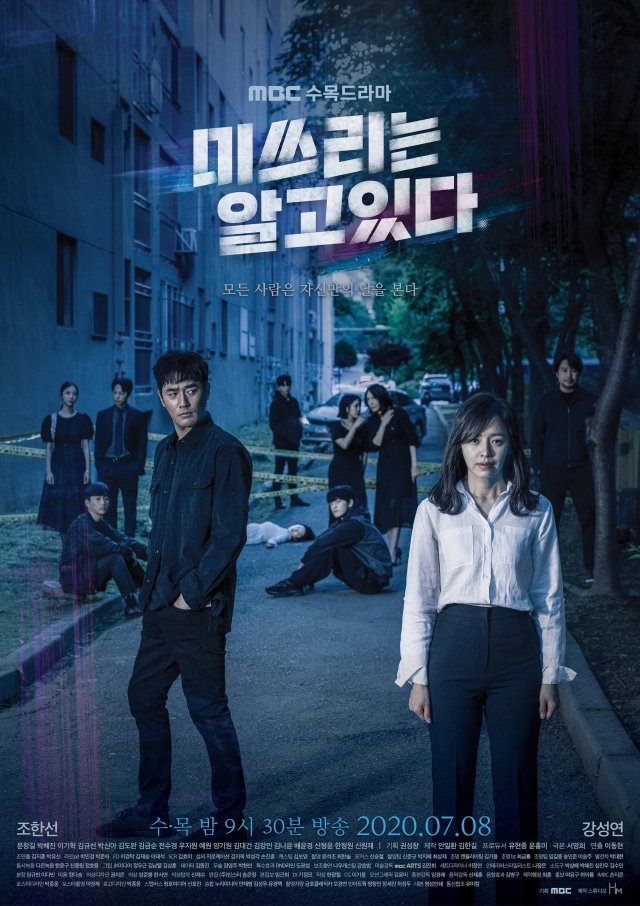 On July 8th MBC held a press conference for its drama "She Knows Everything" which began airing the same day. Lead actress Kang Sung-yeon, lead actor Jo Han-sun, and director Lee Dong-hyun-IV were all in attendance. "She Knows Everything" is a mystery drama wherein a nosy woman teams up with a detective to solve an unusual incident.

According to Kang Sung-yeon, the scenario was what made the project appealing to her. The vibe Kang Sung-yeon described as having felt was one of our story, which she thought was well demonstrated through the presented highlight reel. She noted in particular that actor Woo Ji-won, also a basketball player, made the exact same kind of noises on camera as he does during a basketball game.

Jo Han-sun had a more nervous feeling regarding the overall event, describing himself as feeling anxious watching the highlight video for the first time. "She Knows Everything" has not had a high profile release, but the script from first-time writer Seo Young-hee-I won grand prize at a screenwriting competition held by MBC last year.

"She Knows Everything" is also the first drama for which Lee Dong-hyun-IV is the exclusive director. While Lee Dong-hyun-IV also holds directing credits for "The Great Seducer", "Less Than Evil", and "Golden Garden", he had to share these credits with other persons who are also identified as the directors of those productions.