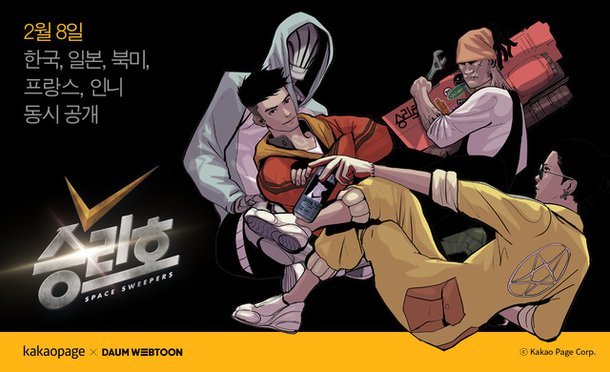 The "Space Sweepers" webtoon has had 5.5 million cumulative confirmed views. It comes from Writer Hong, whose many webtoon credits also include "The Cat Funeral" which was adapted into a film which also credits Writer Hong as the screenwriter. Writer Hong has spoken about he worried regarding how a blockbuster sci-fi webtoon could properly be adapted. Writer Hong has expressed interest in viewer reaction to the multi-genre mix which focuses on a spaceship crew that deals in space junk.