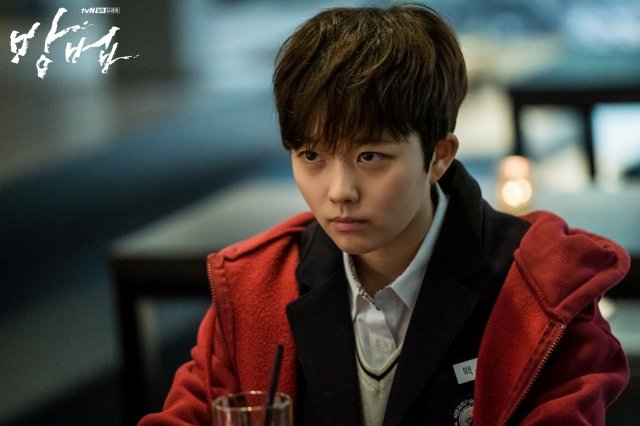 Jung Ji-so is one of the lesser known performers in "Parasite", playing the teenage daughter of the wealthy family who sets the plot in motion by her need for a tutor, played by the better known Choi Wooshik.

But in the wake of "Parasite"'s big win at the Academy Awards, Jung Ji-so is getting added attention as the lead in the just started tvN drama "The Cursed".

Jung Ji-so is actually not quite the credited lead for the drama, that honor going to veteran actress Uhm Ji-won. But Jung Ji-so's character is the one who provides most of the drama's supernatural concept, owing to her ability to bring death to people via indirect information. Uhm Ji-won, by contrast, plays a reporter fighting against corporate corruption.

"The Cursed" airs on tvN on Monday and Tuesday nights. It earned 2.5% ratings in its first episode.