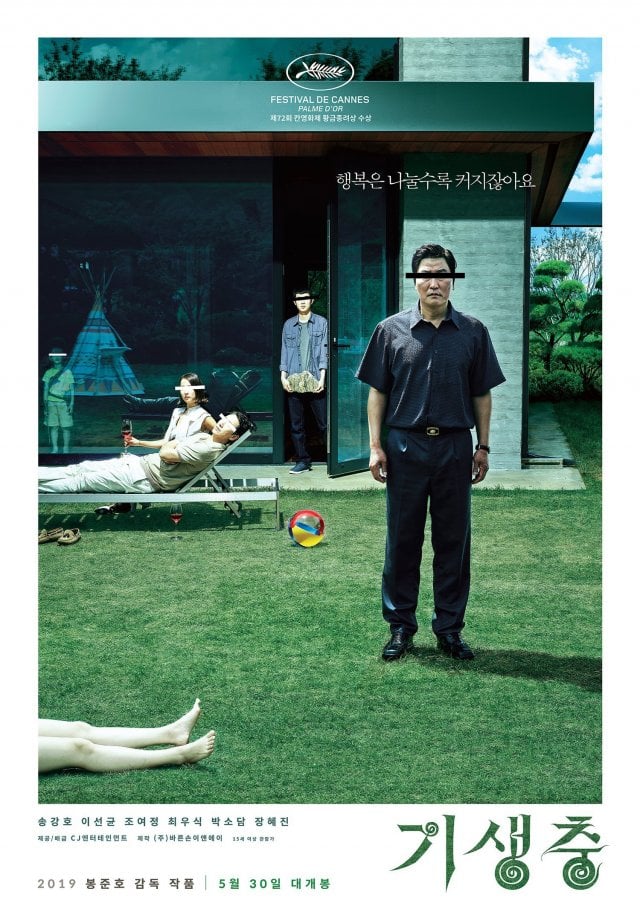 "Parasite" has been confirmed to be making an appearance at the New York Film Festival this year. The movie was announced on August 6th to be screened in the festival's closing night section.

The New York Film Festival will be ongoing from September 27th to October 13th. The public American screening will be the first opportunity for "Parasite" to capitalize on the hype from winning the Palme d'Or at the Cannes Film Festival in its likely bid for the Best Foreign Film Oscar at the Academy Awards.

Domestically "Parasite" grossed over ten million viewers in South Korea earlier this year. The story deals with a poor, but cheerful family that tries to improve their economic outlook by worming their way into being the financial beneficiaries of a rich family.

"[HanCinema's News] "Parasite" to Be Screened at New York Film Festival"
by HanCinema is licensed under a Creative Commons Attribution-Share Alike 3.0 Unported License.