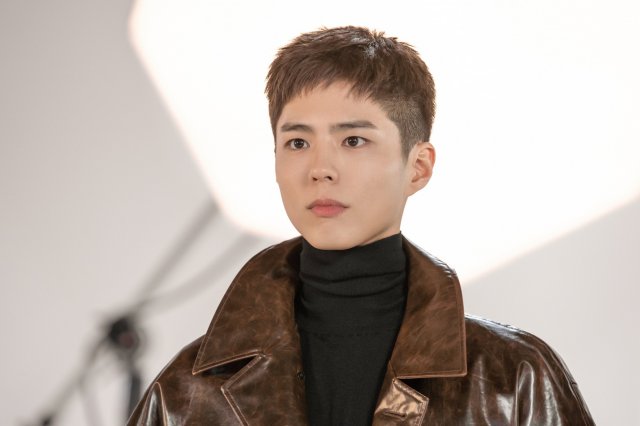 The upcoming drama "Record of Youth" will premiere on tvN on September 7th. The drama stars Park Bo-gum in the leading role. The preproduced drama is his final project before beginning his mandatory military service, and his first project since "Encounter" from 2018. In comments ahead of airing, Park Bo-gum has described his character in the drama Hye-joon as a kind-hearted friend, one who he strives to better imitate even outside the shooting environment.

According to Park Bo-gum, he was attracted to the character because of the way charming way he works hard to trying to achieve his dreams. Park Bo-gum described this attitude as very cool. Enthusiasm toward achieving personal life goals is the main selling point of "Record of Youth", and the other leads played by Park So-dam and Byeon Woo-seok are expected to have similar arcs.

Hye-joon in particular wants to succeed in his chosen career of being a model. Park Bo-gum has described his studying process for the role as involving much observation of videos, photoshoots, and interviews adjacent to models. According to Park Bo-gum, the main important way of making it in this field is to express self-confidence to the people around him at all times. This founding element, according to Park Bo-gum, is the special secret element of his acting process.

However, Park Bo-gum also emphasized that Hye-joon is just a normal man in his twenties trying to succeed. When asked about the title of the drama, which literally translates as springtime logbook, Park Bo-gum was evasive. He stated that while the age of going out into the world and starting everything new is often described as springtime, he doesn't see it that way. "Springtime of Youth" will air on Monday and Tuesday at nine in the evening starting later this month.