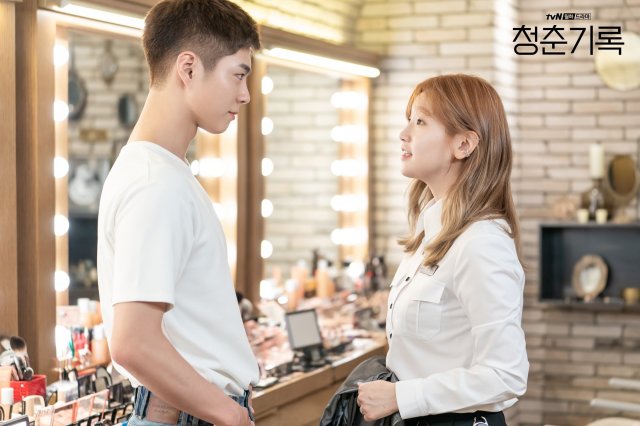 On October 7th the GOODDATA Corporation released the latest iteration of the GOODDATA Report, covering the first week of October. The results demostrated that Park Bo-gum is once again the most popular active performer on South Korean television, with his leading all media references for the fifth straight week. These are all five of the weeks that "Record of Youth" has been airing. Park So-dam was number four, while the comparatively minor role played by Seo Hyun-jin was number ten.

"Do You Like Brahms" was third place for dramas. Lead actors Kim Min-jae-I and Park Eun-bin were the second and third best ranked performers respectively. The drama has received much praise for their performances as well as their chemistry. "18 Again" at four place has suffered from a slight depression in interest comparatively. The performance of Lee Do-hyun in the title role has emerged as the main strong point, with the actor ranking eighth place on the list of performers.