As of April 15th all filming and preparation of "Forest" has been put on hold. The staff and actors of the drama have instead decided to do charity work in areas afflicted by the Gangwon fires for the foreseeable future.

It should be of little surprise that the production team behind "Forest" would feel afflicted by the Gangwon fires. After all, the main character is a rescue 119 worker. Filming and preparation events were also canceled when the fires broke out on April 4th. 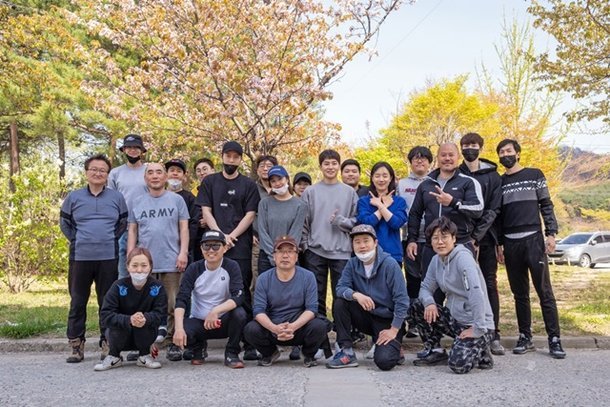 In a statement Park Hae-jin said that there wasn't anything to say to the victims of the fire. Feeling that words of comfort alone were not enough, Park Hae-jin wanted to go to the site directly and see what people needed.

Jo Bo-ah also stated that she was hurt to see so much pain appear so suddenly as a result of the fires. She said that whatever little they could do to help, they wanted to do to help. Jo Bo-ah went on to say that she hoped they could all find the strength to carry on.

"[HanCinema's News] Park Hae-jin and Other Persons From "Forest" Do Volunteer Work in Wake of Gangwon Fires"
by HanCinema is licensed under a Creative Commons Attribution-Share Alike 3.0 Unported License.