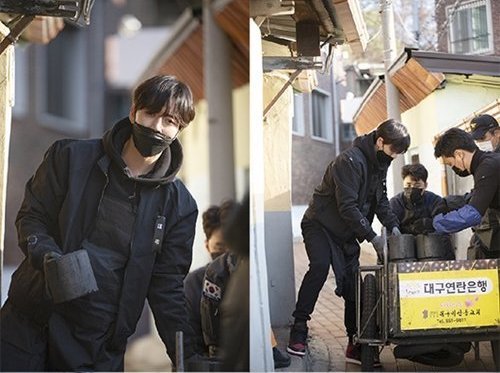 For the ninth straight year Park Hae-jin has continued his volunteer work taking briquettes to disadvantaged persons. In poorer parts of South Korea coal briquettes are the main source of heat for the cold winter months.

This year, Park Hae-jin worked with many other volunteers in the western part of Daegu delivering around three thousand briquettes to various persons in need.

Park Hae-jin said in a statement that he believes in the importance of actually going out and doing good work directly instead of just thinking about it. Park Hae-jin thanked everyone who came out to assist him as well. Park Hae-jin had particularly kind words for those who manage the briquette bank, which provides these necessary winter supplies.