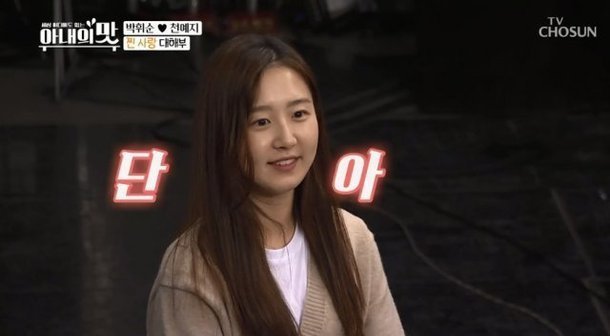 A recent broadcast of the variety show program 'Taste of Wife' surprised viewers with the appearance of Park Hwi-soon's soon to be bride, Cheon Ye-ji, who is seventeen years the junior of the forty-three year old comedian. Park Hwi-soon admitted that compared to himself, Cheon Ye-ji looks a bit like a child bride, but said that age isn't important when it comes to love.

Park Hwi-soon that the courtship happened quickly, with the pair having met at a pork backbone soup restaurant. He said he was curious just watching her eat. Park Hwi-soon also mentioned them meeting separately at a pork rib restaurant, which was where they learned that pork ribs were the other's favorite food.

Purportedly the courtship has not always been smooth. According to Park Hwi-soon, his mother-in-law thought he was all right boyfriend material, but not so great as a husband. When trying to get permission from her father to marry after having only know Cheon Ye-ji for six months, they had tea and the father-in-law appeared to assent mainly to get Park Hwi-soon out of the house. The two are approaching their two year anniversary and do not have any children though they have discussed the idea.