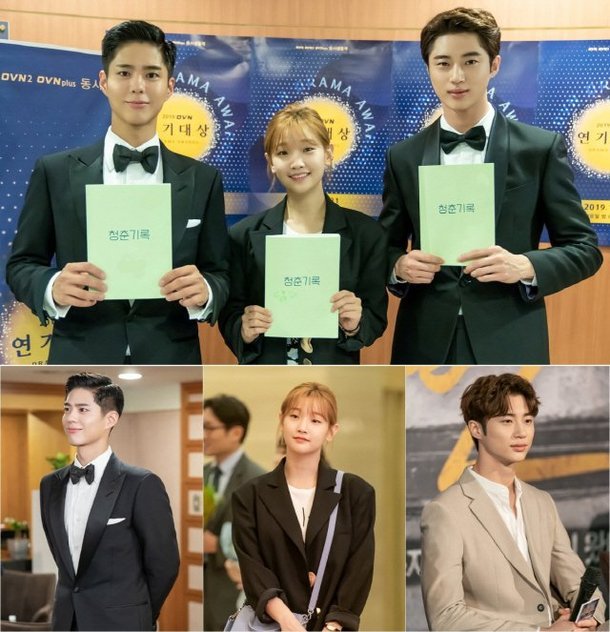 Actor Park Seo-joon recently appeared in "Record of Youth" in a cameo as an older associate of the lead character played by Park Bo-gum. But this cameo is only the first of many planned for the drama, as Hyeri, Lee Sung-kyung, and Kang Ha-na have also been confirmed for cameos in the youth-oriented drama. The cameos are intended to drive interest in "Record of Youth" as the drama moves into its second half.

"Record of Youth" has been reasonably popular for tvN as well as on-brand, with ratings consistently above 7% ever since its second week. But the drama has hit a particular sweet spot for young stars. "Record of Youth" purports to describe the lives of aspiring young people attempting to break into various sectors of the South Korean entertainment industry. All of these younger stars can empathize with the basic situation of the characters.

Park Seo-joon, for example, mostly struggled with ensemble roles prior to being cast as the lead in "She Was Pretty" which was an unexpected hit. Hyeri was not considered seriously as an actress until she was cast as the lead in the megahit "Answer Me 1988". Lee Sung-kyung is a major name with a strong acting reputation but still has yet to headline a popular drama in her own right. And Kang Han-na is herself still largely a supporting actress. "Record of Youth" airs on Mondays and Tuesdays.

"[HanCinema's News] Park Seo-joon First of Many "Record of Youth" Cameos"
by HanCinema is licensed under a Creative Commons Attribution-Share Alike 3.0 Unported License.