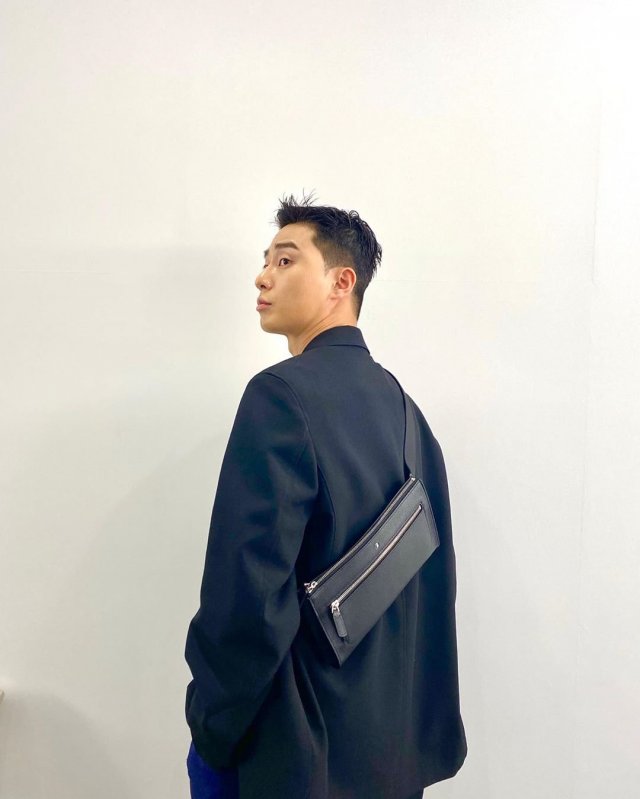 Park Seo-joon appears to be saying goodbye to his trademark bobbed hairstyle, as the actor showed a new side of himself on Instagram on March 31st. In a post coupled with text saying 'pretty minibag' Park Seo-joon demonstrated a very different kind of haircut.

His new hairstyle is wilder and points out more. It is unknown how permanent the change is supposed to be, but it's a definite change from the bob hairstyle of "Itaewon Class", and an earlier photo has also shown signs of what appeared to be a transition away from that hairstyle. Park Seo-joon is expected to appear alongside IU in the feature film "Dream - 2020" for his next project.