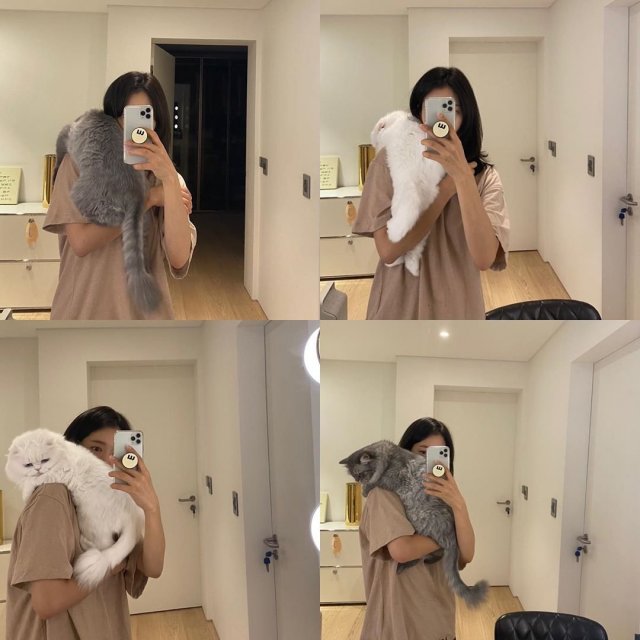 On August 2nd Park Shin-hye made an Instagram post featuring her cats. The actress herself is largely obscured, both by the cats as well as her own phone, and appears to be wearing a simple t-shirt at home. In the post, Park Shin-hye claims that though both the cats seem equally large, Harry weighs twice as much as Dahl.

Park Shin-hye is currently working on for her upcoming drama "Sisyphus: The Myth", where she will appear alongside Cho Seung-woo, Sung Dong-il, and Tae In-ho. While production has already started details about the science fiction drama remain scarce, with no currently known window of release. Park Shin-hye also recently appeared in the zombie movie "#ALIVE", as well as the time travel thriller "Call", the release of which has been delayed indefinitely due to COVID-19.