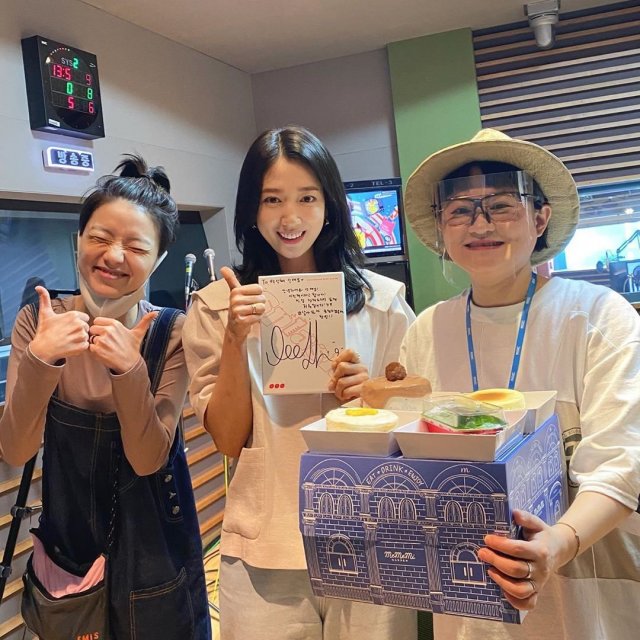 Park Shin-hye recently appeared as a guest on an MBC Radio program. In the interview broadcast on this program, Park Shin-hye discussed the currently screening movie "#ALIVE" in general as well as her co-star Yoo Ah-in in particular, giving him strong praise for his acting talent.

According to Park Shin-hye she had high expectations for the project. She liked the script and was particularly curious about how Yoo Ah-in would come off in person. Park Shin-hye went on to describe meeting him, and seeing him in action, and being very impressed to the point that she was persuaded to appear in "#ALIVE". Park Shin-hye particularly liked the different personality types and how the characters had to use different approaches to solve various puzzles together.

Park Shin-hye also discussed how the next goal of "#ALIVE" was to hit the two million viewer mark and how a special presentation was planned in reference to that event involving a famed South Korean comedienne. Park Shin-hye and Ahn Young-mi, who was also on the program alongside the DJ, then posed in a commemorative photograph distributed by the radio program's Instagram account with a cake offered as a present for their appearance.