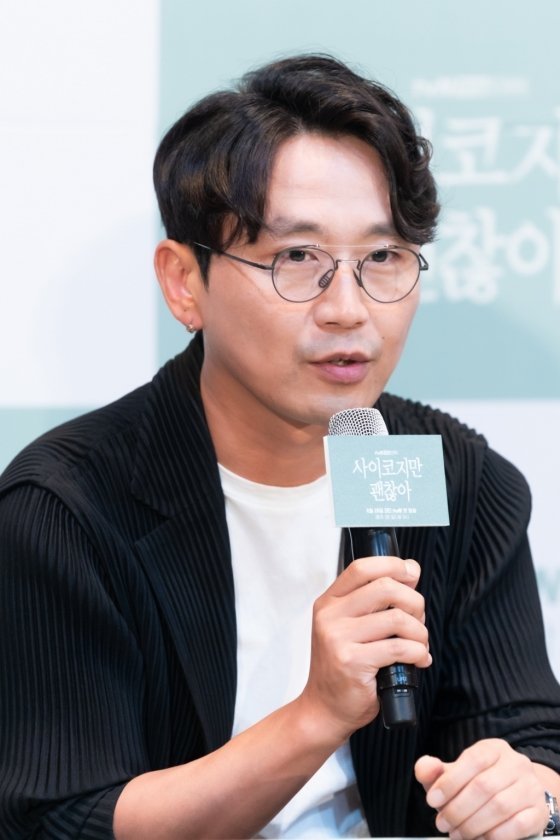 Park Shin-woo thanked fans who had loved the drama over its run. He had hoped that, in spite of the rather dramatic nature of the story's eventual happy ending, he had managed to distinguish the drama with its relatively light tone in regards to discussion of serious psychological issues. Park Shin-woo described as "It's Okay to Not Be Okay" as being a drama filled with jokes even at the mental hospital or a spooky foreboding castle.

Park Shin-woo was apologetic for the drama's depiction of persons on the autistic spectrum. He explained that he was not a specialist and saw the characters primarily as people first, with the symptoms of their mental states as being secondary. Park Shin-woo did not want them treated in an overly tragic light, instead trying to analogize them as approachable.

Park Shin-woo was particularly pointed with the character played by Seo Ye-ji in this respect, noting how a person unfamiliar with her backstory could not possibly see her in a sympathetic light. Park Shin-woo said that he hoped to build appeal for the character by having new revelations come out at a light, breezy clip. Park Shin-woo also mentioned having many long, involved conversations with Seo Ye-ji over how her character was to change in concert with the viewer learning more about her.

Though Seo Ye-ji's character arc received the most attention, Park Shin-woo also described similar care being taken with the arc Kim Soo-hyun's character. Initially, he starts out as selfless to a fault, and slowly starts to think more in terms of what's best for himself rather than his mentally challenged older brother. So it was that from opposite sides of the spectrum Seo Ye-ji and Kim Soo-hyun come to understand what love is, by taking another perspective.

"[HanCinema's News] Park Shin-woo Gives Closing Remarks for "It's Okay to Not Be Okay""
by HanCinema is licensed under a Creative Commons Attribution-Share Alike 3.0 Unported License.