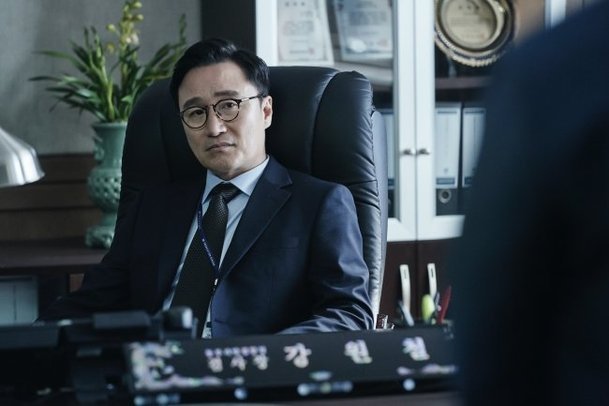 As is to be expected from a sequel series many actors from "Secret Forest" are reprising their roles in "Secret Forest 2". While most of these characters are straightforwardly sympathetic Park Sung-geun's role as Won-cheol, the chief prosecutor of the third division, held some ambiguity. Though generally helpful toward the investigation of the leads, Won-cheol was a bridge between them and further superiors, often having to politically negotiate their overall situation in the criminal justice system.

While generally seeming to be an ally and at times even a leader in the investigation the inherently two-faced nature of Won-cheol has laced his character with ambiguity, making the unassuming forty-nine year old Park Sung-geun an unusually distinctive character. Park Sung-geun has also acknowledged in interviews that Won-cheol is his biggest role to date. He claims to have completely absorbed Won-cheol's thought process and speaking habit.

It's a note of enthusiasm that has also appeared for other returning cast members of "Secret Forest 2" as the sequel project retains strong interest from fans even three years after the airdate of its first season. And with Netflix now having more influence in creating a new booming audience for South Korean drama fans, both first and second seasons are likely to experience a spike of interest when the second season starts airing on August 15th.