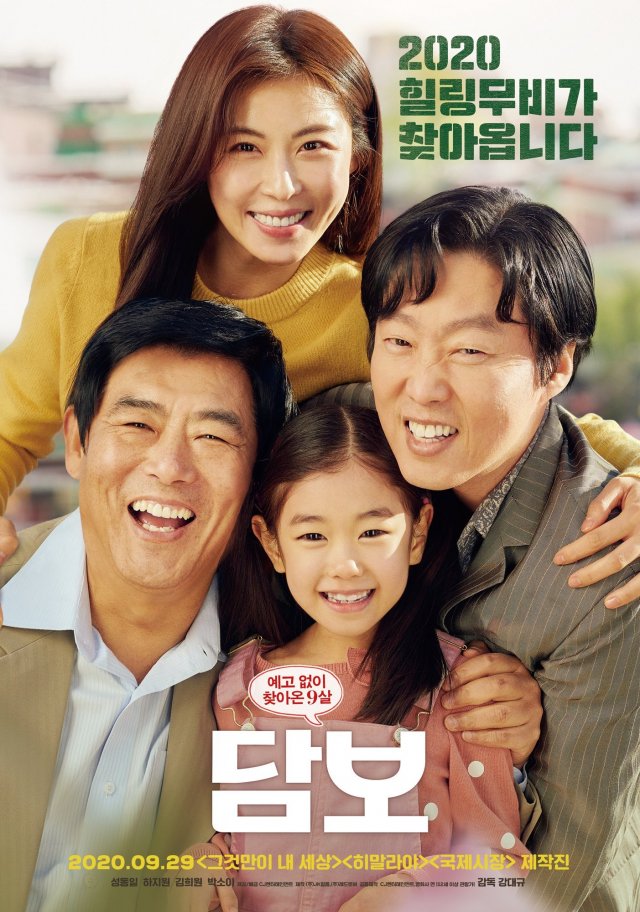 Following confirmation of its September 29th release date, "Pawn" appears to be signaling that South Korean movie distributors are confident in a rebound at the South Korean box office for Korean Thanksgiving. The autumnal holiday has long been a popular one for families going to see movies together. And "Pawn" is well-positioned for success, with its only competition being the weird supernatural comedy "The Night of the Undead".

"Pawn" deals with a makeshift family that arises when a young girl played by Park So-yi is used as collateral in lieu of a proper debt payment. Park So-yi also appeared in the very different movie "Deliver Us From Evil" which turned out to be the best-performing South Korean movie of the summer season. Sung Dong-il, Ha Ji-won, and Kim Hee-won also have leading roles. The older than usual stars have just the right combination name recognition and offbeat talent to make a family comedy work.

It has, however, been quite some time since this kind of sentimental story has had much success at the South Korean box office. The similarly themed "Oh! My Gran" has done poorly since its release earlier this month. But JK Film is making a point of advertising that it was previously responsible for such sentimental hits as "Ode to My Father", "The Himalayas", and "Keys to the Heart", with director Kang Dae-gyu also being responsible for the sentimental favorite "Harmony" from 2009.

"[HanCinema's News] "Pawn" Set to Open up Thanksgiving at the South Korean Box Office"
by HanCinema is licensed under a Creative Commons Attribution-Share Alike 3.0 Unported License.