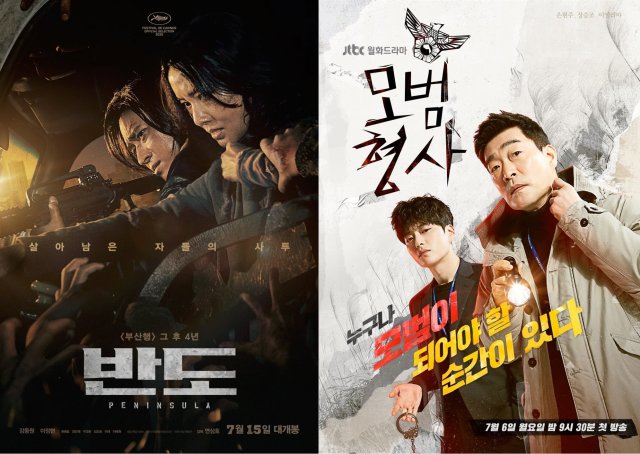 Following its premiere in South Korea Video On Demand services on August 25th, "Peninsula" has climbed to top of the charts as expected and claimed the number one spot for movies. "The Good Detective", which finished on August 25th, has also maintained the top spot for dramas requested by such services. The relevant data was compiled by Home Choice over the fifth week of August.

"Peninsula" was followed by "Steel Rain 2: Summit" in second place and "#ALIVE" in third place. Fourth place was "Innocence" while fifth place was "Me and Me". The direct to action video flick "The Prisoner" was in sixth place while last year's big budget spectacle "Ashfall" was in seventh place. There was nothing too unpredictable, with films for the most part following their recent box office performances.

Dramas overall did not do as well in the Home Choice rankings this week, with only the top three spots being held by dramas followed by several variety shows. After "The Good Detective", "Flower of Evil" was in second place while "Once Again" was in third place. "Secret Forest 2" was a distant eighth place in these ratings, possibly because most fans of the drama choose to watch the movie via streaming on Netflix as opposed to utilizing VOD services.