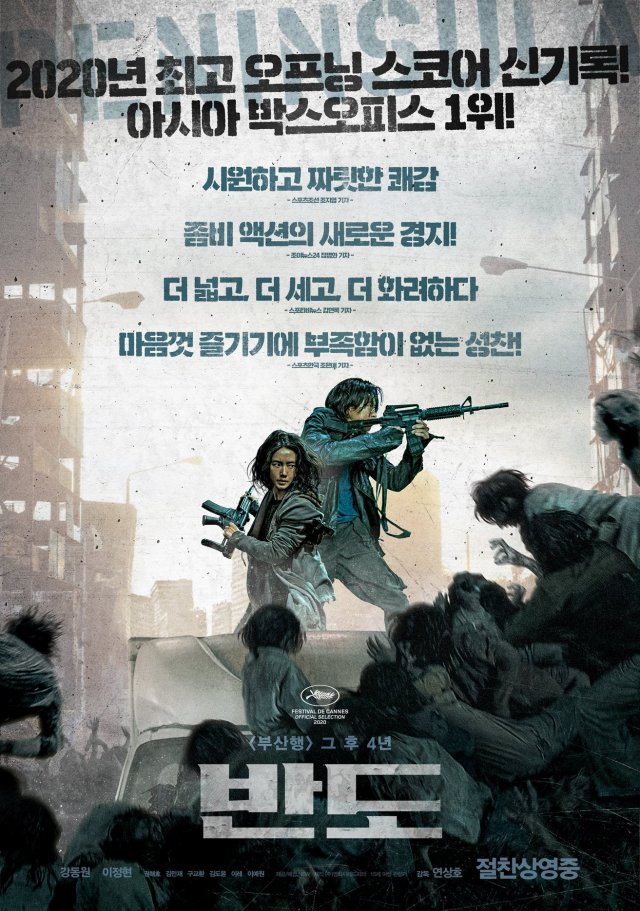 On top of its COVID-19 depression breaking 1.8 million weekend in South Korea, simultaneous distribution of "Peninsula" in other markets has allowed the zombie action flick to break the 20 million dollar mark worldwide. Consequently, the movie has already easily recouped its production budget of 16 million dollars, with remaining international markets as well as the next weekend in South Korea still yet to be tabulated.

Rights to "Peninsula" have been sold to over 190 markets, although all are releasing at different times with different prospects for success. South Korea, Taiwan, Singapore, Malaysia, and Vietnam are the markets where "Peninsula" has already opened, and also the ones where South Korean film tends to be the most popular. This week "Peninsula" will open in the three Scandinavian markets, while it opens in the American market on August 7th, distributed by Well Go USA Entertainment.