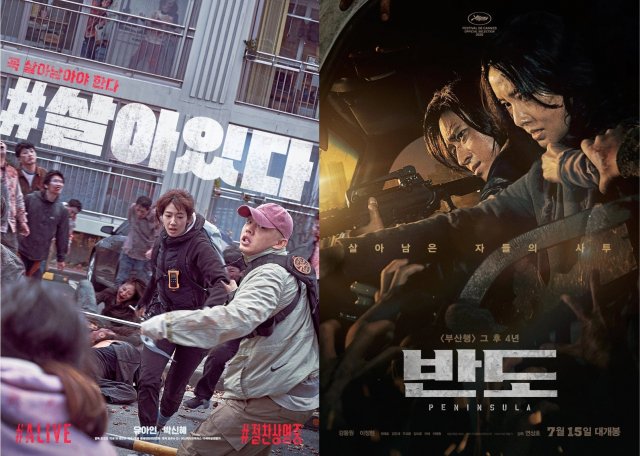 While the upcoming blockbuster "Peninsula" is still a week away, the movie has already hit the online reservation charts in South Korea. As of this writing, "Peninsula" holds over 13% of all recent ticket reservations according Naver Movies, with even higher numbers reported from other services.

For a sense of comparison, "#ALIVE" holds 31% of all ticket reservations even though, unlike "Peninsula" it is a movie that can be watched right now as it has already been released in theaters. "Peninsula" will come out on July 15th, and seems certain to make a major impact as it is unusual for movie to charts in online reservations this early before release.