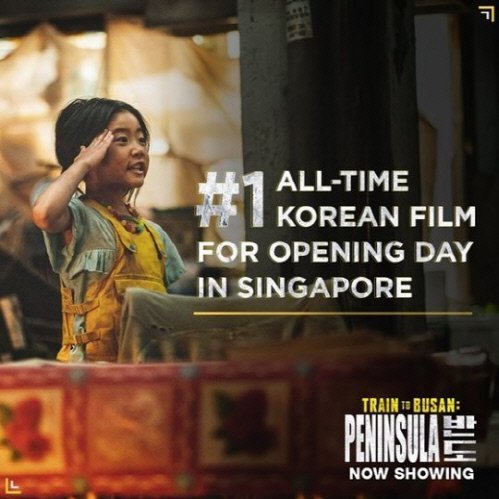 "Peninsula" also had similarly impressive performances in Taiwan, where it also opened on July 15th, as well as Malaysia. Even COVID-19 did little to impact the movie's performance, with theaters still filled to capacity even given social distancing guidelines. Hong Kong was the only region to delay the movie's importation due to the virus.

Strong performances from South Korean films in the past, such as "Train to Busan", "Along With the Gods: The Last 49 Days", and "Parasite", make this sight nothing new. But the disappearance of maajor blockbuster worldwide, and not just from South Korea, has given "Peninsula" a powerful advantage in countries that have gone several months without a major film release. Positive accolades from locals have also bolstered the position of "Peninsula" in these markets.