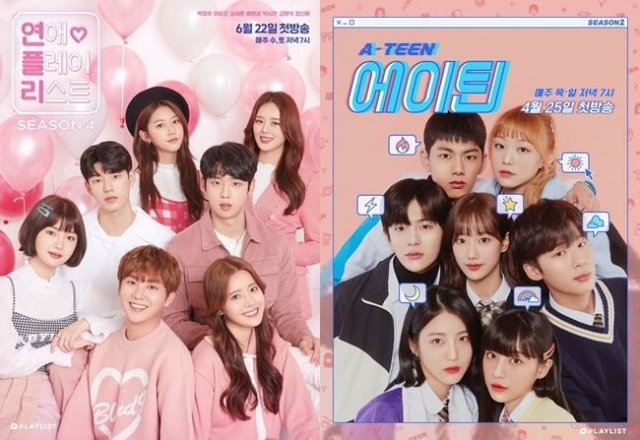 Playlist Studio, the company behind such popular webdramas as the recently completed "XX", and the currently airing "Ending Again", just hit a major milestone on YouTube. The channel now boasts 2.5 million subscribers on the platform. As a gleeful image has noted, this now gives Playlist Studio more subscribers than there is total population in all but three South Korean cities- Seoul, Busan, and Incheon. 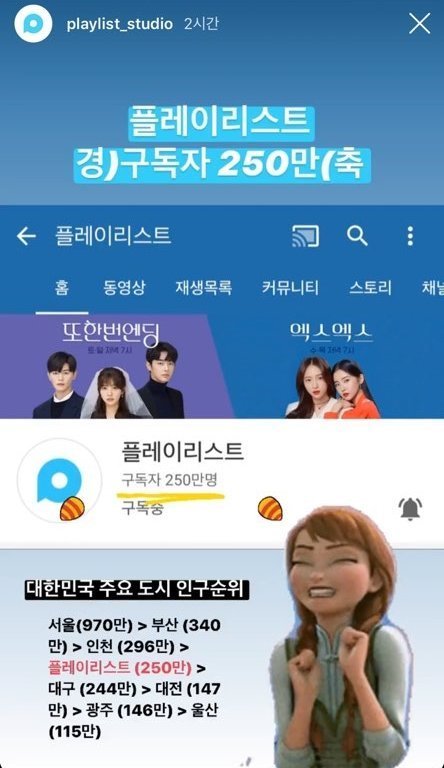 The success for Playlist Studio is emblematic of their quick rise to the top of the webdrama market. Playlist Studio was only founded in 2017 and has been able to achieve a dedicated fan following for its brand of storytelling designed by and for young people looking for light entertainment that encapsulates their modern understanding of relationships.

Last year "A-TEEN" and "Love Playlist - Season 4" topped the 2019 Global VLive Top 10. These two series are also the most popular Playlist Studio series of all time. All seasons of "Love Playlist - Season 4" have earned 630 million views to date, while all seasons of "A-TEEN" have 480 million views. A representative of the Playlist Studio marketing team promised more happy dramas over 2020 to reward the love of their subscribers.