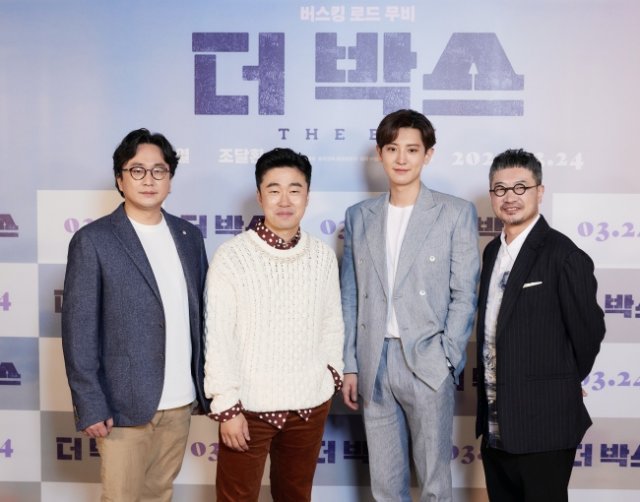 On March 18th a press conference was held for the upcoming movie "The Box" at the Coex Megabox in Seoul. The film marks the first leading role for Chanyeol who is best known for his work in the musical group EXO. Chanyeol described himself at the press conference as very nervous and shaking.

Also in attendance was writer/director Yang Jung-woong, who explained that Chanyeol was cast in the lead role because of his skills as an improvisational rapper, which is known to his fans and relevant to the rhythm of the film. Nevertheless, Chanyeol said at the event that his real-life personality was quite different from that of his character. The importance of the film's soundtrack was also a factor, with much consultation required between Yang Jung-woong, Chanyeol, and music director Ecobridge.

Jo Dal-hwan was also in attendace, starring as an aggressive producer who accompanies Chanyeol on the busking road trip that makes up the film's narrative. Jo Dal-hwan said that the main direction he received for his character was to be sexy and stylish, like Brad Pitt in Moneyball. "The Box" will premiere in South Korean theaters on March 24th.

"[HanCinema's News] Press Conference Held for "The Box""
by HanCinema is licensed under a Creative Commons Attribution-Share Alike 3.0 Unported License.