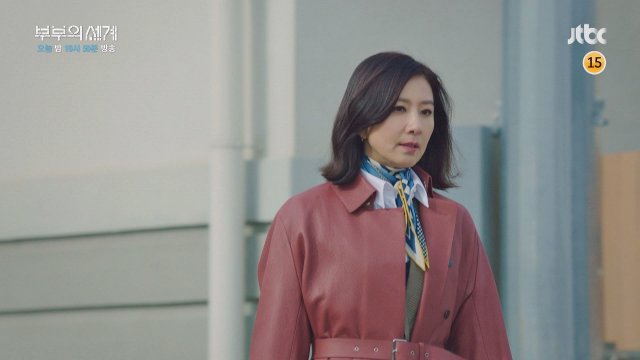 Only a day after its release the preview for the eighth episode of "The World of the Married" achieved the million view milestone on the video's official release across various streaming sites. While the first "The World of the Married" trailer to achieve this benchmark was the fifth episode, the speed with which the previews are watched has increased markedly, just as the drama broke the 20% mark in ratings for the first time.

Part of what may have helped the video go viral was the ominous threat of more violence, as the lead couple and their allies take on a considerably more hostile tone in regards to one another and their various plans. The video also has the benefit of highlighting lesser well known members of the ensemble such as Park Sun-young and Lee Kyung-young. "The World of the Married" airs on Friday and Saturday nights on jTBC.

"[HanCinema's News] Preview for the Eighth Episode of "The World of the Married" Exceeds One Million Views"
by HanCinema is licensed under a Creative Commons Attribution-Share Alike 3.0 Unported License.