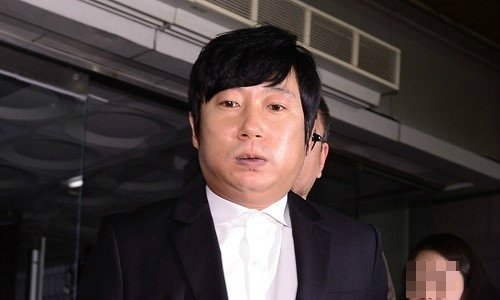 A new proposed bill in the South Korean legislature would ban celebrities convicted of crimes related to drugs, sexual crimes, drunk driving, and gambling, among others, from appearing on television. At present the South Korean entertainment industry tends to shun persons convicted of such crimes of their own accord.

However, there are exceptions to this rule. Ju Ji-hoon is perhaps the most high profile example, as his drug conviction from ten years ago is barely remembered and has not recently impacted his career in any way. Lee Soo-geun, Shin Jung-hwan, and Tak Jae-hoon are other reasonably well-known performers who would be prevented from appearing due to past gambling convictions.

Lee Kyung-young was convicted of having sexual relations with a minor. Park Yoo-chun and Jung Suk-won have also been convicted of drug crimes. All of these names have varying levels of participation in South Korean entertainment today. Lee Kyung-young recently appeared in "Black Money", for example, but Park Yoo-chun's career never recovered from sexual assault allegations several years back.

"[HanCinema's News] Proposed Legislation to Ban Celebrities Such as Ju Ji-hoon"
by HanCinema is licensed under a Creative Commons Attribution-Share Alike 3.0 Unported License.