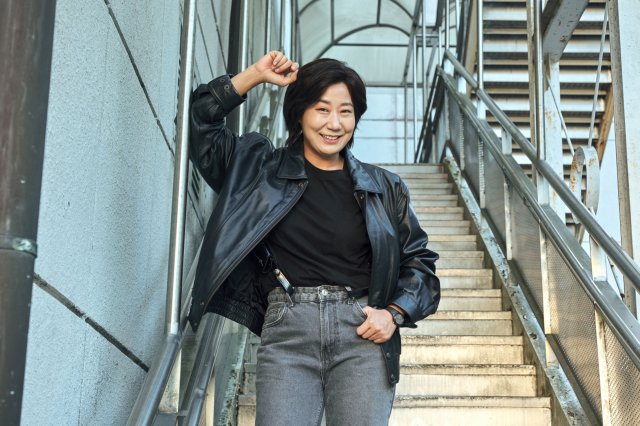 While Ra Mi-ran is among the most memorable faces working in the South Korean entertainment industry today, the breadth of her filmography belies how minor her roles usually are. Ra Mi-ran usually plays mothers, servants, or functionaries. But with "Miss and Mrs. Cops", Ra Mi-ran is the star of the movie in a role specifically written for her.

Persons relevant to the production company behind "Miss and Mrs. Cops" noted that Ra Mi-ran had high visibility three years ago when the premise of the movie was first suggested. At that time the idea was for a high powered action hero cop to be forced into desk work following maternity leave. Ra Mi-ran was one of few actresses or actors with a believable image that would befit both a new parent and a tough police officer.

In spite of the big break and her lengthy career to date Ra Mi-ran has expressed nervousness about doing the press screenings normally asked of stars in this position. Still, Ra Mi-ran has spoken of her role as Mi-yeong in functional terms of making the character realistic and look right. "Miss and Mrs. Cops" was released on May 9th and has so far accumulated over 700,000 admissions.