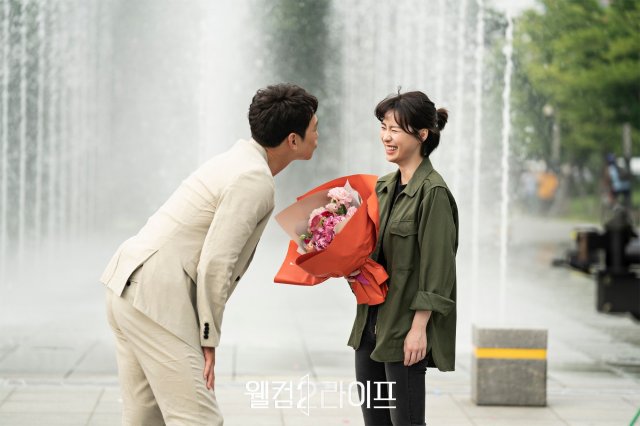 "Welcome 2 Life" has attracted strong positive attention for the chemistry between its leads. In the drama Rain plays Jae-sang and Lim Ji-yeon Si-on, ex-lovers and law professionals who have become bitter rivals at court. But once the drama's fantasy conceit kicks in, we also see an alternate version of the couple that never split up and is raising a daughter together.

Viewers of the drama have been impressed both by how effectively the actors have conveyed the sexual tension of ex-lovers and also at how this dynamic is similarly plausibly explored in the context of a successful loving relationship. Of particular note is how both characters have dominant personalities. To make the relationship work, Rain's character has to take on the passive role in the relationship, doing domestic work while his wife continues at her job.

This intriguing twist to the antagonistic lovers archetype coupled with the strong chemistry and overall concept of the drama is improving the position of "Welcome 2 Life". At this rate it seems likely the drama will at minimum outperform Rain's other more recent work in terms of ratings and reception, although this is a low bar to clear.