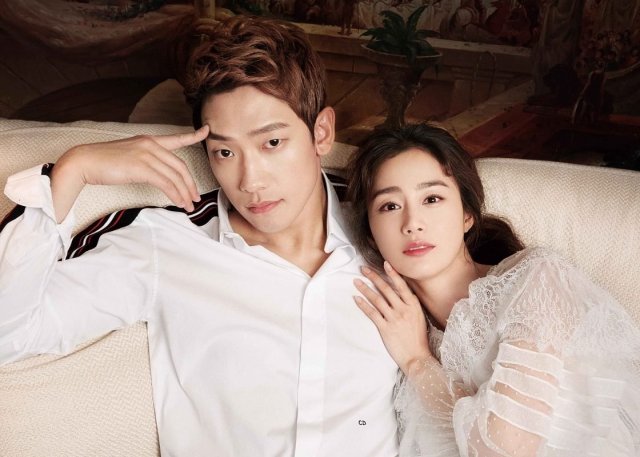 On December 9th Rain set fans into a frenzy of speculation when he made a cryptic promise of good news to be released at noon on December 10th. Fans in the comments quickly started to wonder whether Kim Tae-hee might be pregnant. This was in spite of the fact that the most in question contained a hashtag reading, not a family matter.

The preemptive specificity of this denial is due to a previous similar incident in October. On October 19th Rain also promised good news, and fans quickly wondered whether Kim Tae-hee was pregnant again. At that time Rain had to issue a personal correction stating that the good news was not a family matter. Ultimately, the good news regarded a new actress joining his agency.