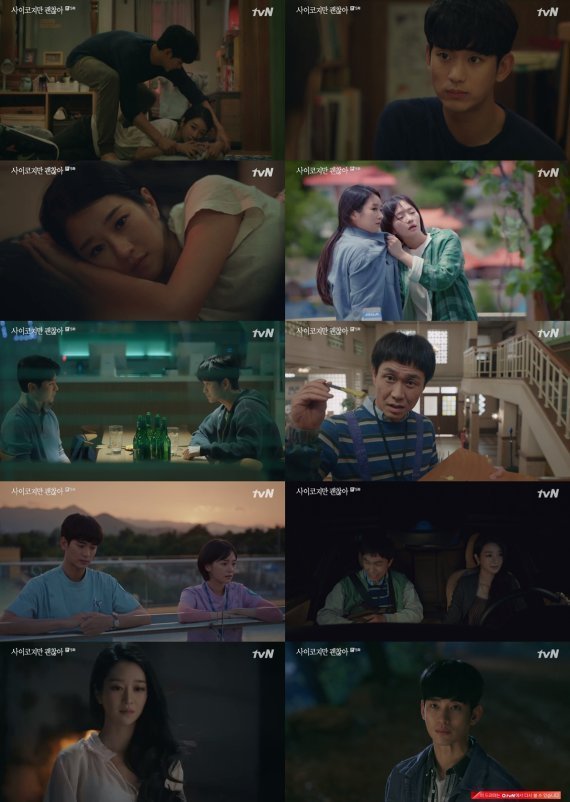 Over the weekend "It's Okay to Not Be Okay" continued to hover in the same area ratings-wise as previous weeks on a mild downtrend, with rating of 4.7% on Saturday July 4th followed up by ratings of 5% on Sunday July 5th. The drama is also underperforming slightly with tvN's target 20-49 year demographic with ratings between 3.9% and 4.2% in that particular range.

This data comes courtesy of streaming platforms as well as Nielsen Korea, with ratings appearing to improve slightly to 5.2% when nontraditional distribution methods are considered. Despite the big issue of "It's Okay to Not Be Okay" being the return project for actor Kim Soo-hyun, the drama's modest performance has generally been ascribed to its offbeat storyline of being a romantic where leading lady Seo Ye-ji plays is a genuinely frightening, functional psychopath.

Recent episodes have tried to soften this relationship, contextualizing it more heavily in the childhood experiences of the leads, making deliberate and heavy use of fairy tale analogies. This aspect of the worldbuilding has also given rise to distinct visuals which have allowed "It's Okay to Not Be Okay" to overperform relative to its terrestrials ratings in online social media sharing. The drama airs on Saturday and Sunday nights on tvN at nine 'o clock.

"[HanCinema's News] Ratings for "It's Okay to Be Okay" Down Slightly Over the Weekend"
by HanCinema is licensed under a Creative Commons Attribution-Share Alike 3.0 Unported License.