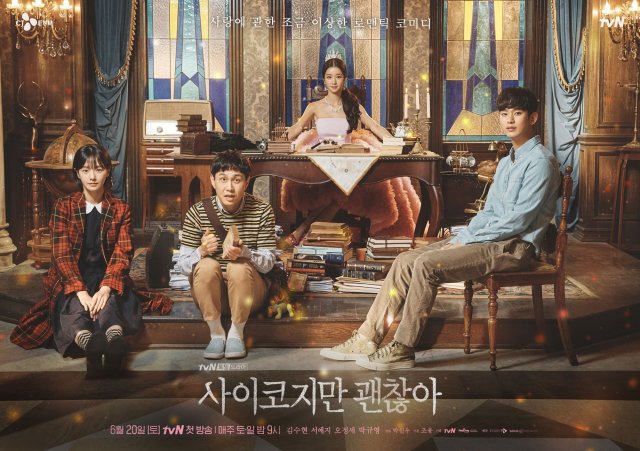 Over the weekend ratings for "It's Okay to Not Be Okay" ranged from 5.2% to 5.6%. This was a very slight drop over the previous weekend, but for the most part "It's Okay to Not Be Okay" is continuing to maintain its fairly modest ratings. While the July 26th ratings were the lowest in quite some time, the drama has neither exceeded 6% nor fallen before 5% since its second week of airing.

There have been relatively few high stakes in the drama recently, with the principle characters getting along rather well and even making fairly satisfying pretenses of being a family. "It's Okay to Not Be Okay" has found much more dynamic success overseas than at home, consistently ranking in domestic Netflix top ten lists in a wide variety of far flung locations. The drama stars Kim Soo-hyun as a professional caregiver and Seo Ye-ji as a children's book artist who is a psychopath in the clinical sense.

"[HanCinema's News] Ratings for "It's Okay to Not Be Okay" Still Steady"
by HanCinema is licensed under a Creative Commons Attribution-Share Alike 3.0 Unported License.