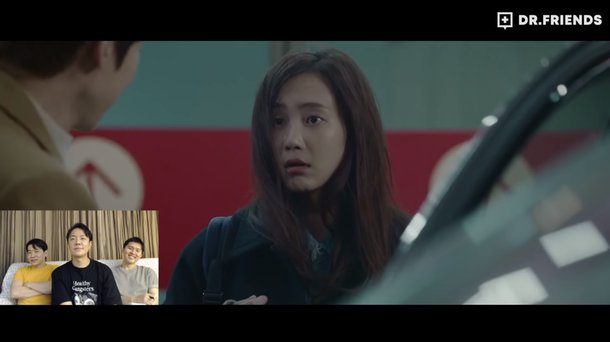 With television ratings of 12.4% in its most recent episode and a consistently strong Netflix ranking according to FlixPatrol, there's no denying that "Hospital Playlist Season 2" is a popular television show. But the medical drama has cultural influence beyond mere ratings. This can be seen via YouTube, where video reviews from such channels as Doctor Friends and Doctor Sisters have used discussion of the drama to promote wider dialog between doctors and patients.

In South Korea as in other countries, a notable social gap exists between doctors and the people who they help, with the latter often lacking knowledge of how medical institutions work and thus believing that medical personnel are overly cold. COVID-19 has accelerated this trend. "Hospital Playlist" premiered shortly after the pandemic had started, and had the fortunate timing of offering a personal touch to the medical profession right at the time it was most necessary.

The YouTube doctors enjoy discussing many of the smaller nuances of the program to call attention to the realistic differences between the perception of the medical profession and the reality. The Doctor Friends, for example, had a spirited discussion in their most recent video about a doctor looking at his phone as patients come into his office, as well as his not making eye contact. Proper manners with patients are noted as being important to the job, even if not all doctors do it properly.

Elsewhere, the Doctor Sisters noted in their most recent video how important it is for a doctor to stay with patients during an emergency situation, as well as also focusing on social interactions between doctors. YouTube channels such as Doctor Friends and Doctor Sisters are themselves part of a wider cultural trend of rapprochement between doctors and patients. These humanizing efforts have gone a long way toward improving mutual trust throughout the pandemic.