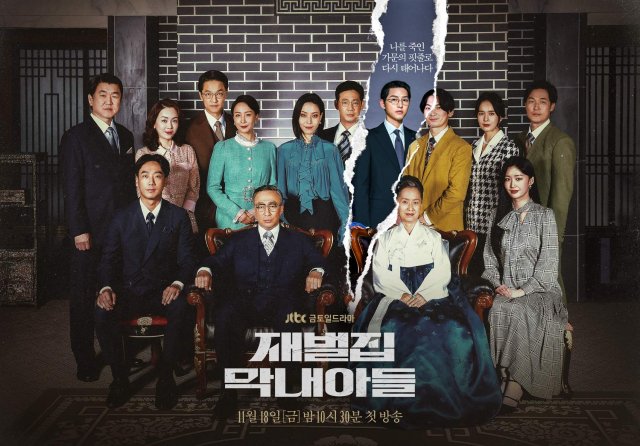 "Reborn Rich" had strong ratings over the weekend. On Friday November 18th, it premiered with 6.1% ratings. Then on Saturday November 19th, it followed that up with 8.8% ratings. Then, on Sunday November 20th, it had 10.8% ratings. The gradual, strong increase suggests that JTBC has chosen wisely with its unconventional strategy to release three episodes of the drama in a single weekend- breaking the mold of how television dramas are usually presented in South Korea.

Variations from standard formatting have become increasingly common in the streaming era. Director Jeong Dae-yoon of "Reborn Rich" noted that OTT distribution is what made the three episode per week structure of the drama seem like a real possibility. The chief reasoning was that viewers seemed open to the idea of having access to more episodes more quickly, and a three episode per week production is one way of accomplishing that.

Such changes to production order have been more common in recent years- although to date, decreasing episode runs have been the trend more than increasing them. "Hospital Playlist" and "Nevertheless" are both recent examples of dramas that only ran once per week. "Nevertheless" on JTBC did not have very strong ratings, however, although it tended to punch above its weight internationally on Netflix.

Shorter dramas are also more likely to be greenlit than before, as producers feel less fixed to the sixteen episode format. "Little Women" was a major success earlier this year under a twelve episode format, and "Bad Prosecutor" is another recent example that was not successful to quite the same extent. But this flexibility can also agitate fans, as could be seen when "One Dollar Lawyer" had its production run reduced to fourteen and then twelve episodes to the great irritation of fans.

Persons close to television drama production suggest that the main reason for the change is simply less emphasis being placed on specific episode lengths. There's now a wider variety of stories being told, and scripts are more likely to be finished before production, due to decreased use of the live shooting system. That leaves editing as the main challenge- and "Reborn Rich" has been able to use that to great effect.