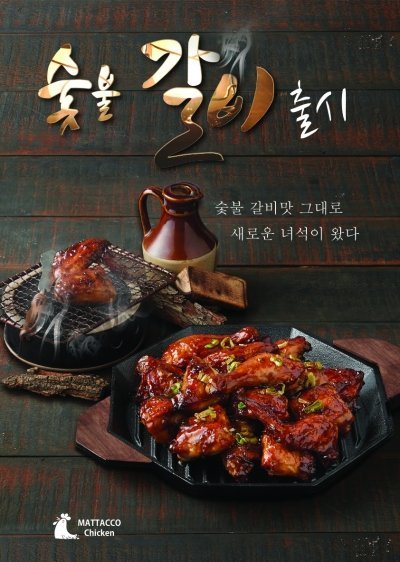 Life imitates art as Mattacco Chicken releases a new flavor of sticky chicken which appeared in "Extreme Job". The flavor, Suwon Galbi, is based on a regional form of barbeque cooking.

In the context of "Extreme Job", the creation of Suwon Galbi Chicken is an act of random desperation by the police team. Only one of them knows how to cook, and he only knows how to make Suwon Galbi sauce because his parents manage a Suwon Galbi restaurant. The success of the odd flavor is a surprise for the main characters, who are almost immediately comically inconvenienced by it.

A spokesman from Mattacco Chicken claims that the similarity is a coincidence, and that the new flavor had been in development far before "Extreme Job" became popular. Whether this is true is difficult to tell. Unusual flavors are commonly developed in South Korea's competitive fried chicken market, where fried chicken brands are often desperate to distinguish themselves.