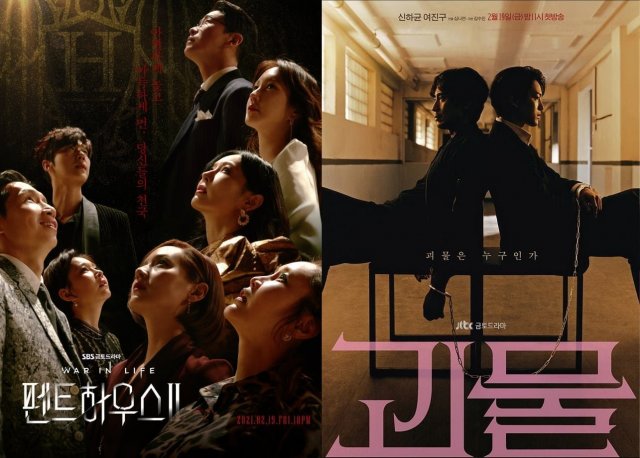 With the long awaited premiere of "The Penthouse 2" there is already a new champion for dramas, with the premiere for the intense wealth themed thriller hitting 19.1%. But the influence of "The Penthouse" goes far beyond its own sequel, with several other similarly intense dramas also making their premieres over the same weekend. Among them is the serial killer mystery "Beyond Evil" on jTBC which premiered on February 19th with ratings of 4.5%.

With Shin Ha-kyun and Yeo Jin-goo leading the cast, "Beyond Evil" has clear pretensions of providing a more cerebral level of criminal investigation. But they're far from alone. February 20th has seen the premiere of "Vincenzo" on tvN and "Times" on OCN, marking a full sweep of cable channel weekend content as aiming for both intensification and sophistication. "Vincenzo" features Song Joong-ki fresh off the international success of "Space Sweepers" as a mafioso in the midst of a gang war. 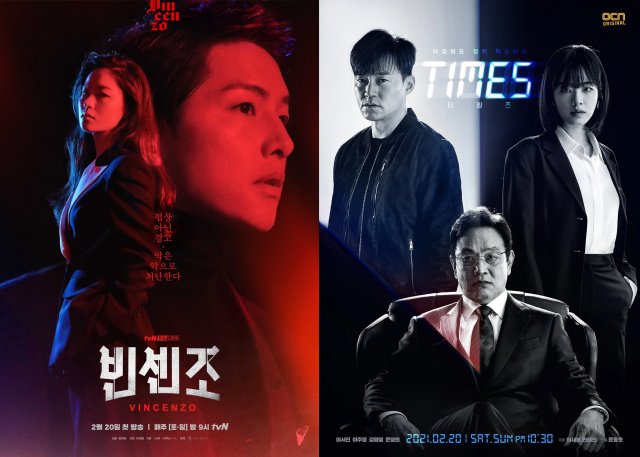 "Vincenzo" also pairs Director Kim Hee-won-III of "The Crowned Clown" with screenwriter Park Jae-beom-I of "The Fiery Priest" in an apparent synthesis of artistic aesthetic with crowd-pleasing plotting. That Yeo Jin-goo should be appearing on the same night in the similarly serious "Beyond Evil" is both ironic and appropriate, even if Director Kim Hee-won-III is not strictly speaking in competition with her former leading man.

"Times" is the only project of the four to come from OCN, the network that's branded its dramas around these kinds of cinematically styled thrillers. It's also the least aggressively marketed project, the first full series from director Yoon Jong-ho since his successful tryout with "Drama Stage 2020 - Ogre" from 2019. "Times" is focused more on concept with the other two, its main selling point centering around two time displaced reporters racing to save presidential figures.

The aggressive genre shift comes as drama production studios hope to capitalize on apparent strong interest in more serious, dramatic storytelling. The long-term success of these projects is as of yet unknown, but early ratings have proven to be optimistic indicators. With drama performance in 2020 looking highly uneven, 2021 is already shaping up to be a banner year.

"[HanCinema's News] Saturday Nights Take a Turn for the Dark With New Dramas"
by HanCinema is licensed under a Creative Commons Attribution-Share Alike 3.0 Unported License.