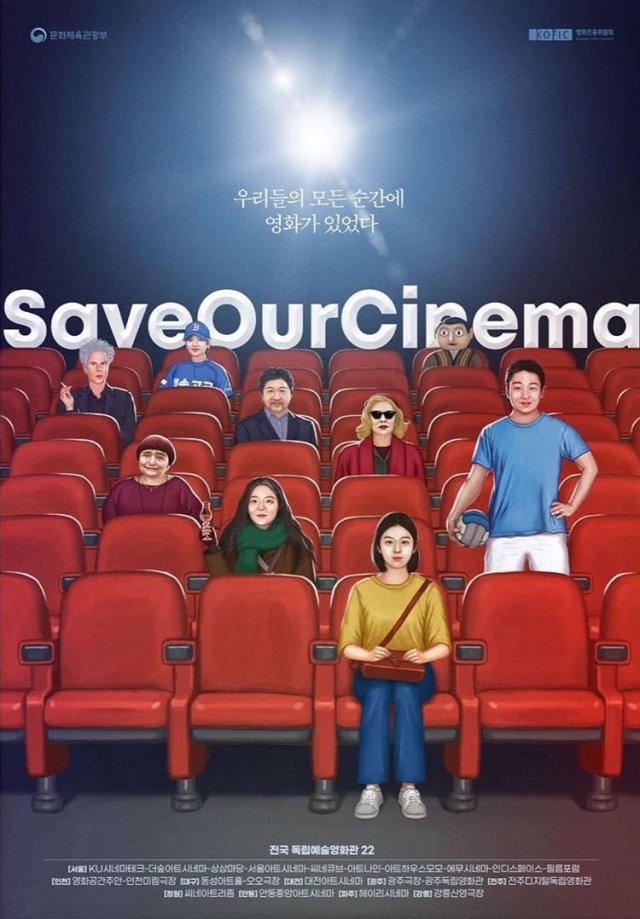 On June 29th the Save Our Cinema campaign released a new poster, signaling renewed interest from the Ministry of Sports, Culture and Tourism as well as the Korean Film Council in term of preserving South Korea's independent film theater culture. The restarting of the campaign in earnest is the latest sign of aggression in the South Korean film market following the COVID-19 induced depression which appears to be coming to an end.

Relative to the mainstream theater market independent theaters in South Korea are not doing too poorly. 2020 has yet to have any breakout successes in independent film on the scale of "House of Hummingbird" or "Moonlit Winter", both of which pierced the one hundred thousand viewer mark. But "Baseball Girl" has been doing fairly well, and seems likely to break the thirty thousand viewer mark at the box office soon with little competition in the weeks to come.

The success of films themselves, however, does not necessarily correlate to success for independent movie theaters, as many people now watch independent films on-demand. In any case, as the mainstream theater campaign discount movie comes to an end an independent theater discount period will begin on July 1st to coordinate with the Save Our Cinema campaign. Further events are also expected to be announced throughout the summer at the twenty-two relevant theaters.