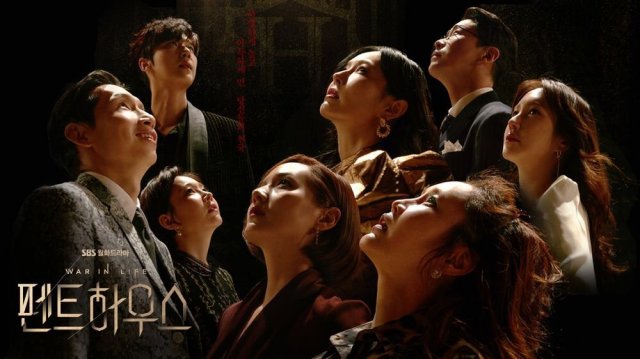 SBS recently announced that they would be revising the viewer rating for "The Penthouse". The first two episodes of the drama were recommended for viewers over the age of fourteen, and the third episode which is set to broadcast on November 2nd will have the same recommendation. However, the fourth episode on November 3rd will see this rating rise to only appropriate for viewers over the age of eighteen.

The move appears to be preemptive. A relevant person at SBS who has seen the fourth episode likely realized that the content has escalated compared to previous episodes. Consequently, SBS decided to increase the rating threshhold in anticipation of criticism for the content being inappropriate for younger viewers.

The World of the Married" endured similar backlash earlier this year due to an exploitation style scene wherein the lead character played by Kim Hee-ae was violently assaulted and even choked by a masked attacker. The Korea Standards Communication Commission has also been more outspoken recently about inappropriate television content, stoking fears of increased government censorship of television dramas. "The Penthouse" airs on Mondays and Tuesdays at ten in the evening.

"[HanCinema's News] SBS to Raise the Recommended Viewer Rating of "The Penthouse" for the Fourth Episode"
by HanCinema is licensed under a Creative Commons Attribution-Share Alike 3.0 Unported License.