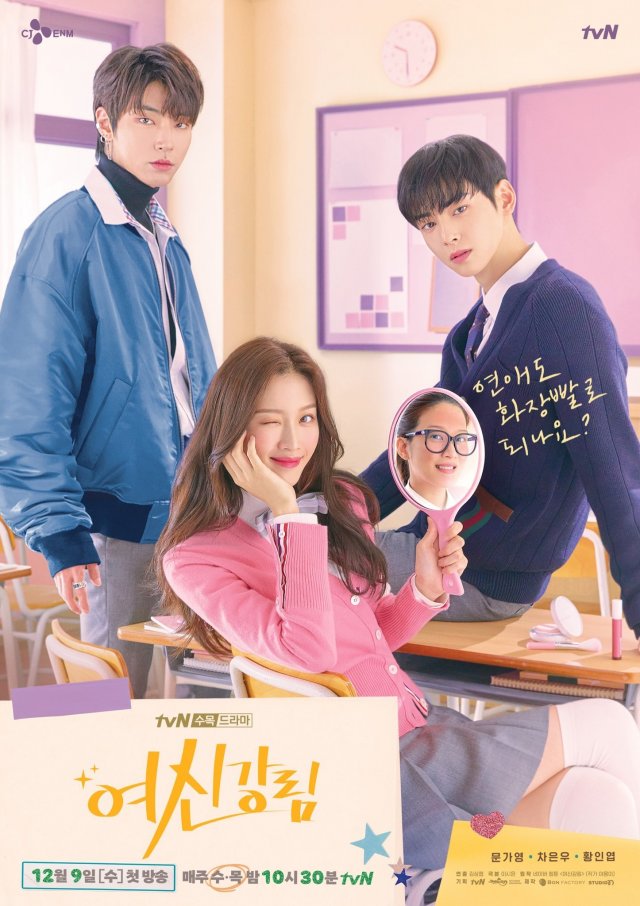 Weeks after its conclusion on February 4th "True Beauty" still inspires intense interest from fans who were drawn to the high school romance storyline. Many fans have described the drama as a guide to loving one's self that even surprasses the original webtoon. A recent interview from screenwriter Lee Si-eun-II features the screenwriter responding to these sentiments, while also expressing her own love for the drama.

Lee Si-eun-II claims, among other things, that she really wants to work with director Kim Sang-hyeob again, as she was always excited to see the exact direction the next episode would take. Lee Si-eun-II also explained that her own alterations to the original scenario were made to better emphasize certain metaphorical themes. The use of makeup by the lead character, for example, is less to cover up physical blemishes as it is to cover up past emotional wounds.

In this way, Lee Si-eun-II deliberately avoided making a story about Moon Ga-young's character achieving "True Beauty" despite that being the narrative arc implied by the title. Instead, the story is about how her makeup gives her the confidence she needs to make new friends- and how this works even if she is not wearing makeup. As Moon Ga-young's character contemplates the pointlessly convoluted nature of her double life, she thus comes closer to understanding and loving her true self.

To better condense the webtoon's arcs, Lee Si-eun-II also mentioned how she made more of a deliberate parallel with Moon Ga-young's character and Cha Eun-woo's character having their backstory be unveiled in parallel, rather than at different points of the narrative. The heroine's backstory regarding schoolplace bullying was also expanded significantly. This also allowed their character growth to be achieved in parallel, making the culmination of their love story that much more convincing.

Lee Si-eun-II's main character was being unable to properly do a similar parallel with Hwang In-yeop's character, the critical third part of the love triangle. She explained that, by necessity, she was sticking to the first eighty chapters of the webtoon during the high school part of the story. Nevertheless, Lee Si-eun-II appreciated the love fans had for both leading men. She closed the interview by sincerely thanking fans for their love and support.