[HanCinema's News] Script Reading Held for "No One But a Madman" 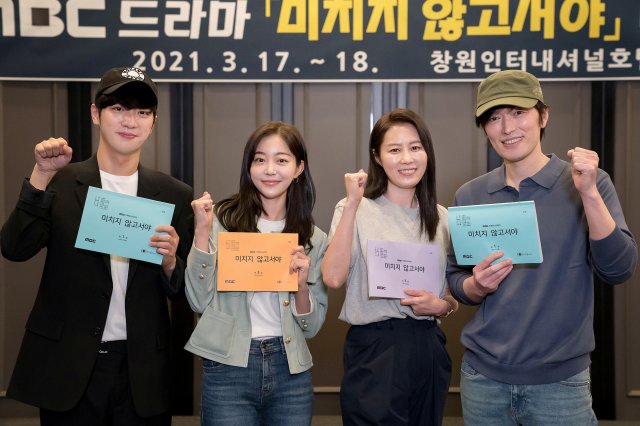 The production behind "No One But a Madman" recently released photos of the drama's first script reading, which took place at the Changwon International Hotel. "No One But a Madman" is aiming to be a realistic look at company life for aging workers. The drama has also attracted notice for being set in South Gyeongsang province, and casting a large number of locals from that area in minor roles.

"No One But a Madman" is the latest drama from director Kim Geun-hong, who's best known for epic historical drama such as "Jumong", "Queen Seon-deok", and "Gyebaek". The project also marks a return for Jeong Do-yoon, whose last project was "Witch's Court" back in 2017. The icebreaking event also saw the first meeting between the leads Jung Jae-young and Moon So-ri, both legendary in their own right, whose veteran energy is expected to lead the production.

The sheer scale of the drama, with a very large number of characters, has necessitated much active preparation time to allow the various performers to become acquainted with one another. "No One But a Madman" is expected to take on an epic scale with regards to modern-day office politics, and be quite unlike anything seen before in tonal fusion. The drama is expected to premiere on MBC sometime in June.

"[HanCinema's News] Script Reading Held for "No One But a Madman""
by HanCinema is licensed under a Creative Commons Attribution-Share Alike 3.0 Unported License.