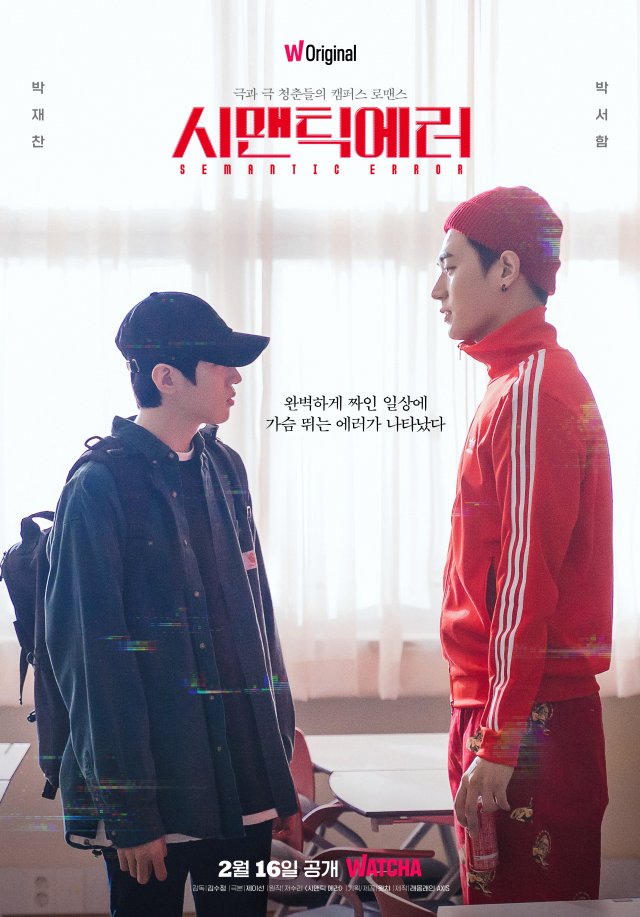 According to new data released by Watcha, the Boys Love campus romance "Semantic Error" remains the most popular program on the South Korean streaming service for the fourth straight week. The eight episode drama started on February 16th and ended on March 10th. Though the release was low-key, as time went on "Semantic Error" gained a significant following thanks to positive discussion of it on social media.

This popularity hit a crescendo with the premiere of the final episode, and attention was further drawn to the drama due to the accusation that one of its stars, Jae Chan, engaged in vicious high school bullying. Nevertheless, interest is still high for a possible second season. However, this seems unlikely, as the show's other star, Park Seo-ham, entered mandatory military service on March 10th.