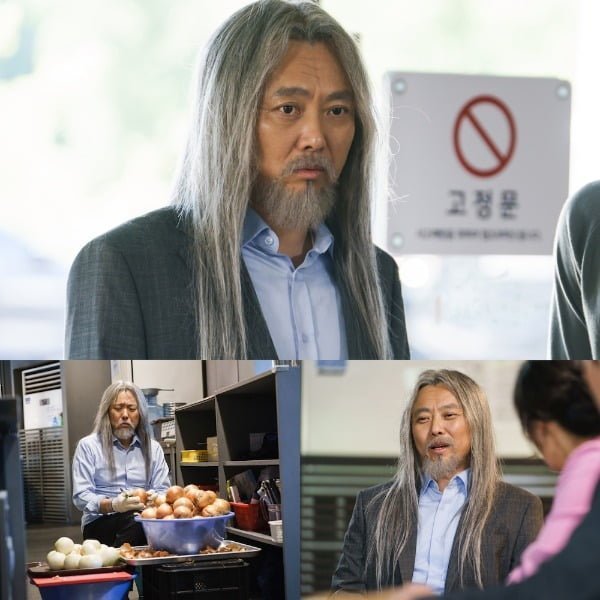 Following the main romance kicking into high gear, "Melting Me Softly" is now set to start delving into the mystery behind the drama's main premise. Why were Ji Chang-wook and Won Ji-ah frozen for twenty years instead of the shorter time period originally agreed to? The answer has to do with Seo Hyun-chul, who plays a doctor who worked at the labratory.

Unfortunately, in the twenty year time span since he was last directly relevant to the main characters, Seo Hyun-chul's character is now apparently senile. He is seen in still images giving confused faces, warm smiles, and contemplating looks of onions that need peeling. His acting at times befits either a comic or a thrilling kind of setting. Seo Hyun-chul specializes in distinctive minor roles like this, and is also expected to appear in such a capacity in "Woman of 9.9 Billion" next month.