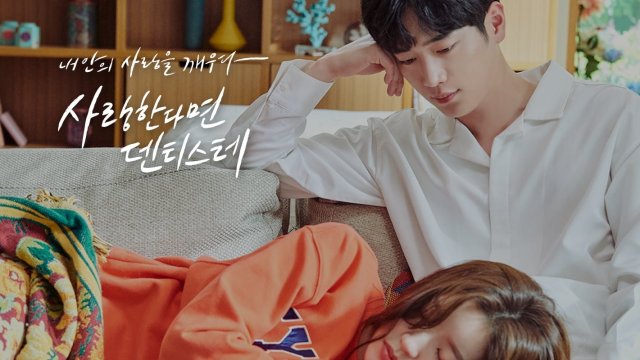 After two months in public release, the mini-movie 'Awaken the Love Within' has passed the two million view mark and thensome on various social media platforms as well as YouTube. The mini-movie can be seen YouTube and features English subtitles. As the title suggests, it deals with a man in his twenties, played by Seo Kang-joon, awakening to the meaning of love in the modern age.

The mini-movie is actually a ten-minute advertisement for the Dentiste brand of toothpaste. Images from the movie prominently feature on that brand's website. Regardless, Dentiste clearly produced the short movie with an eye on Seo Kang-joon's fans, and while their involvement is not hidden, the mini-movie is presented as a love story first.

The English subtitles, while a bit crude, are also likely a gesture allowing Seo Kang-joon's international fans to also enjoy the mini-movie. The Dentiste brand of toothpaste is sold worldwide, and generally marketed for health benefits rather than via celebrity endorsements or whitening ability. Seo Kang-joon last appeared in the drama "I'll Visit You When the Weather Is Nice" and does not have any currently announced projects.