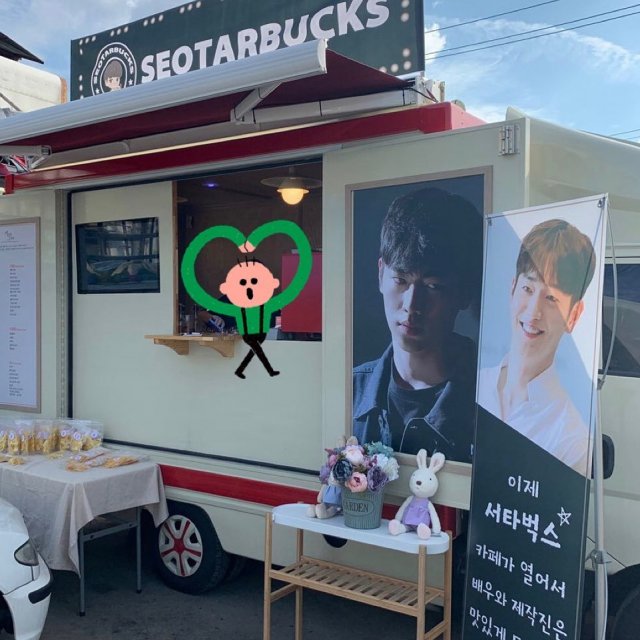 On Instagram Seo Kang-joon posted a photo of a coffee car that had been sent to the set of "WATCHER" in his name. The surprising part of the picture was the source of the car - the Seotarbucks vehicle was apparently sent by Thai fans.

Though the car itself has no obvious indicators of a source, Seo Kang-joon himself posted ขอบคุณมากครับ (thank you very much) on the accompanying picture.

Fans replied in kind, some of whom appeared to be aware of the coffee car project. One apologized for not being able to send the car sooner. Another encouraged Seo Kang-joon to stay strong in the hot weather. Still another expressed surprise that Seo Kang-joon had figured out how to write thank you in Thai, however briefly, just to properly thank the fans who sent the car.

Seo Kang-joon is a singer in the boy band 5urprise. He earned his first named acting role in the 2013 web-drama "See You After School - Drama" and has steadily worked his way into stronger roles, his biggest break being the second lead in "Cheese in the Trap". His latest drama, "WATCHER", is a crime thriller that with its most recent episode posted a record rating of over 6%.