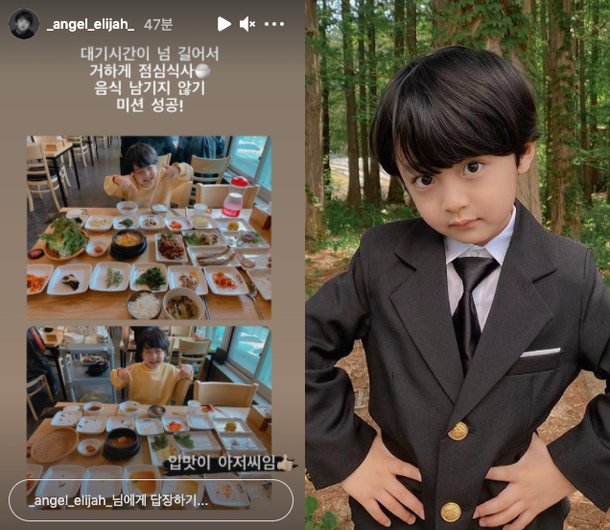 On April 27th child actor Seo Woo-jin-I made a Story on his Instagram account about his lunch break. In the relevant pictures, Seo Woo-jin-I is seated at a table about to partake in a traditional Korean meal with a very large amount of side dishes. Despite the large quantity of food before him in the first picture, all of it has been eaten in the second picture. In text accompanying the post, Seo Woo-jin-I declares mission success.

At five years old, Seo Woo-jin-I is among the youngest child actors currently at work in South Korea today. He most recently appeared in the evening soap opera "A Man in a Veil" where he played the son of the villain played by Lee Chae-young. To date, his most prominent role has been in "Hi Bye, Mama!" where he played the daughter of Kim Tae-hee. At present, Seo Woo-jin-I has no confirmed upcoming projects. It is unclear whether his lunch break was taken in the context of an acting job.