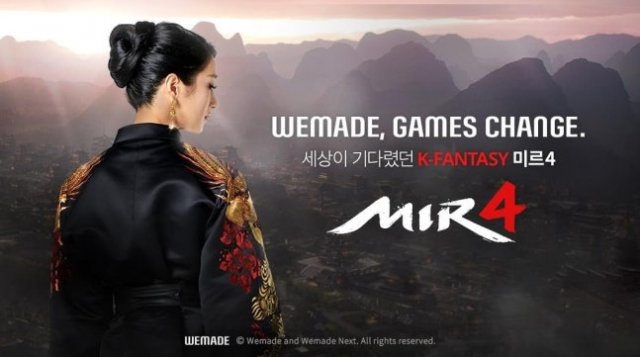 The video game company WEMADE recently unveiled the latest iteration of their popular traditional Korean fantasy MMORPG, The Legend of Mir. To promote The Legend of Mir 4, Seo Ye-ji is currently appearing in advertisements which she also narrates. The advertisement can be viewed on YouTube and is also available on WEMADE's website.

Seo Ye-ji has had a recent popular uptick in her brand due to her appearance in the drama "It's Okay to Not Be Okay". Seo Ye-ji's recent modeling jobs have taken advantage both of her elite, regal demeanor as well as her association with fairy tale style concepts. Consequently The Legend of Mir 4 is a strong fit for her personal brand.

International fans have responded positively to Seo Ye-ji's appearance, praising for both her voice and appearance in the comments section for the YouTube version of the advertisement. Fans were also appreciative of the advertisement's appropriation of the legendary theme music from the 2009 costume drama "Queen Seon-deok". Legend of Mir 4 is currently running pre-registrations, offering an exp boosting item for any players who reserve ahead of the game's official release.