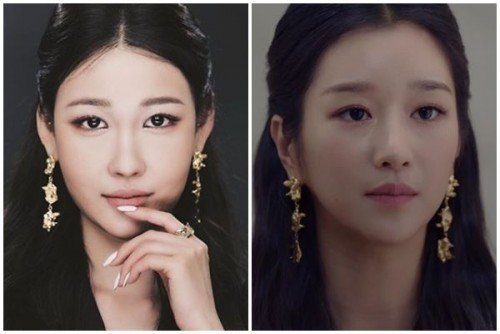 The makeup artist for "It's Okay to Not Be Okay" lead actress Seo Ye-ji recently posted a video online that goes into the cover makeup for the actress. The behind the scenes look at Seo Ye-ji's wardrobe has attracted much attention on the South Korean Internet. It also has English subtitles, so that international observers can also appreciate the process.

The video also follows along with some of the dialog from the drama, specifically the sequence going over how princesses are nice and pretty, and suggesting that one instead become a pretty witch. The transformation helps to distinguish Seo Ye-ji's personal look from the more sinister vibe infamously exuded by her character.

"[HanCinema's News] Seo Ye-ji's Makeup Artist Reveals Cover Makeup for "It's Okay to Not Be Okay""
by HanCinema is licensed under a Creative Commons Attribution-Share Alike 3.0 Unported License.