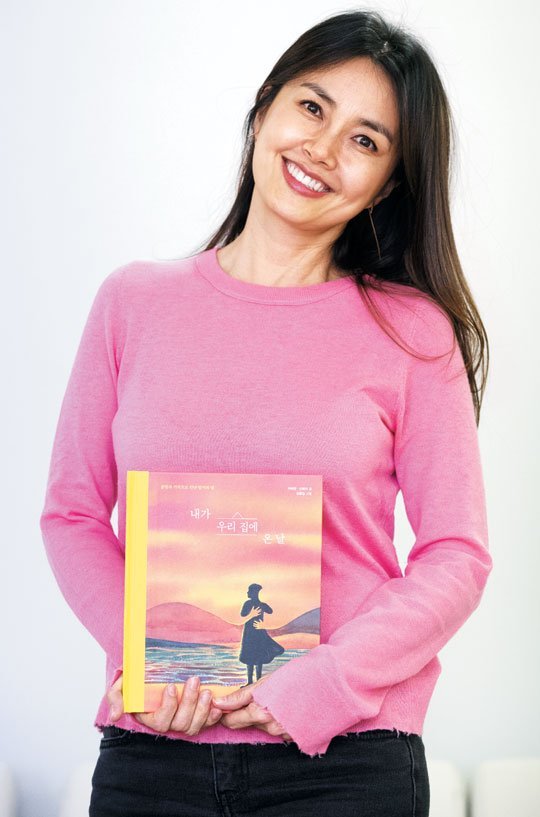 It has been several years since Shin Ae-ra last appeared in a television drama. Now she's coming back in "A Record of Youth", her return drama, having spent five years in the United States. With her return, Shin Ae-ra has also published a book that goes over part of what she's been busy with in that time- motherhood, specifically regarding her eldest adopted daughter.

Shin Ae-ra's adopted daughter is the subject of the book, which compiles letters and other materials related to her adoption. Their story starts in 2005. Shin Ae-ra's daughter, Ye-eun, was a quiet baby who refused to cry even when her diaper was wet. The baby had learned over time that crying was pointless. Though the child had a caretaker, Shin Ae-ra observed that the baby became noticeably more excited whenever Shin Ae-ra arrived.

Shin Ae-ra and her husband Cha In-pyo had long had an interest in doing charity work with disadvantaged children. Shin Ae-ra has said on South Korean television that part of what drove her to adoption was that, after their first child was born, she didn't see any point in spreading around her genes. Shin Ae-ra is also a big fan of children, and suspended her work as an entertainer to take her children to the United States to get them an education.

The title of Shin Ae-ra's book is 'The Day I Came Home' and was inspired by a letter from a then-teenage Ye-eun in 2018 where she discusses how happy she was to be able to come home to her family. According to Shin Ae-ra, she cried as she read every word of the letter.

Shin Ae-ra has been a strong advocate for improved access to quality adoption services in South Korea, contrasting South Korea's system with the more accessible one in the United States. Shin Ae-ra also sees many other children through her charity work, some of whom call her mother, though these are not formal arrangements.