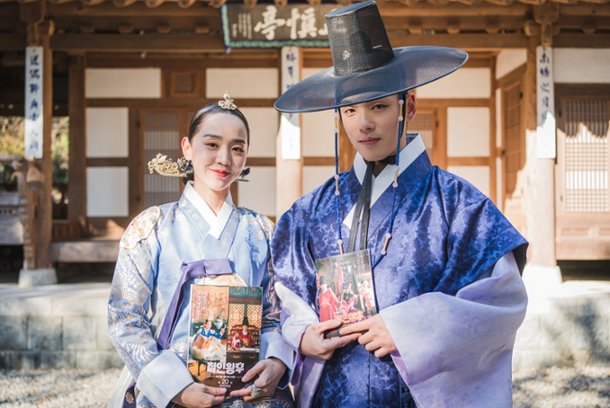 Ahead of the final weekend for "Mr. Queen" lead actors Shin Hye-sun and Kim Jung-hyun have released their thoughts regarding the drama's production. The drama features Shin Hye-sun as a modern day chef trapped in the body of a nineteenth century Joseon royal consort, while Kim Jung-hyun plays the young King of that era. The drama has earned much praise from viewers for its unusual combination of science fiction, gag comedy, and historical dramas alongside the strong chemistry of the lead actors.

Shin Hye-sun claimed that the time had gone by awfully fast that they'd already arrived at the end of production. She expressed appreciation for the experience and challenge provided by her role in the drama. Shin Hye-sun also said that she was happy to give people laughter in difficult times such as these, and sincerely thanked viewers who had expressed love for the drama.

Kim Jung-hyun expressed similar sentiments, stating that they worked hard to make unforgettable characters so as to give viewers some joy. He also expressed gratitude for being able to connect with viewers for however short a time. Kim Jung-hyun also said it was great that had expressed such interest in his character's development. "Mr. Queen"'s penultimate episode had ratings of 14.2% on February 13th.